“We never saw the flashing battle line, that arch of bright steel that stretches three hundred miles from end to end between France and Germany; we did not hear the bullets whistle or the cannon boom; … we did not hear the dying horses scream; we saw none of the theatrical side of war; but we did get a glimpse behind the scenes, at what is its most real part, the part that lasts longest. ” 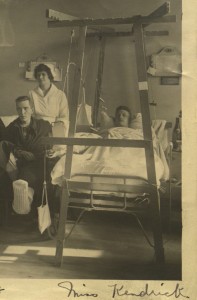