Alma Clarke, Einer Smestad, Edward Foreman, and Frank Steed all shared the common experience of Americans serving near or on the Western Front during the Great War. As their personal accounts demonstrate, these individuals chose to document their involvement through scrapbooks, photographs, and postcard correspondences. Their constructed souvenirs from the war offered Clarke, Smestad, Foreman and Steed a chance to look back on their experiences once the conflict ended. What about the soldiers who did not come home from the war? How were the individuals who died, the fallen soldiers, remembered by those they left behind? As the poems and photographs in Alma Clarke’s scrapbooks indicate, remembering fallen soldiers and their sacrifice was a common and cross-cultural experience during the Great War. Clarke’s scrapbook includes various printed excerpts, propaganda, poems, and  personal drawings that highlight the importance of remembering and honoring the war dead.

Behind the poetic interpretations of war and sacrifice, the grim realities of death remained. Bodies needed to be recorded and buried, often during times of intense fighting. The destroyed landscapes of the trenches made burying the dead especially challenging, but proper burial of bodies was necessary for the psychical and psychological health of the living soldiers. Temporary crosses or other identifiers were constructed to mark the bodies that were placed in shallow graves by the soldiers on burial duty. Documentation was a particularly difficult challenge: limited resources and scarce information created a less than ideal environment for record keeping and reports. Body density maps were created to account for the suspected number of soldiers buried in a given area, should be the bodies need to exhumed. Frank Steed’s work with the Army’s Casualties Department exhibits the intermediary between the management and realities of the dead at the fronts and the American families back home.

When conflict began in 1914, concern and debate arose about proper burials, cemeteries, and repatriation of soldiers’ remains. Once Americans entered combat, the American public faced these difficult questions as well. A divide developed in American opinions of burial and memorial; some families wanted to mourn their fallen sons, husbands, and friends at home in their own communities. They wished to eliminate the trans-Atlantic travel necessary to visits their loved ones’ graves. These families petitioned the U.S. government and War Department to exhume and repatriate the remains of A.E.F. soldiers. 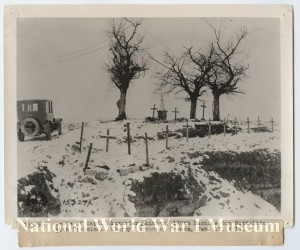 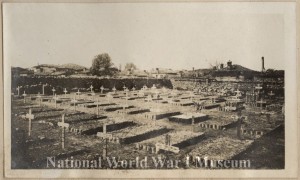 Other Americans accepted burial along the foreign fronts, believing it might be more respectful to have their loved ones remain with their fallen comrades and leave the bodies undisturbed. Additionally, some Americans supported foreign cemeteries for their political value,  hoping the graves served as a grim reminder of America’s sacrifice in the international conflict. Attempting to appease the demands from loved ones, the government delegated the responsibility of transporting and re-burying the A.E.F. remains to the Graves Registration Service. To conserve resources, remains would not be repatriated until after the conflict ended. The Casualties Department and the Graves Registration Service worked for years to provide information to grieving families.

Even after the war, controversy remained. The political and financial ramifications of exhuming bodies directly conflicted with grieving Americans who wanted bodies of their loved ones on American shores. To address both sides of this delicate issue, new legislation was passed. American families were able to choose between foreign or domestic cemeteries for the remains of loved ones. The government further responded to the demands of the American public by creating the American Battle Monuments Commission agency in 1923.  The ABMC, which still operates today, was directed to construct and maintain the cemeteries, chapels, and monuments to honor American soldiers and service.

Ultimately, the burial and repatriation of A.E.F. soldiers evolved into a clash between politics, daily life, and time. The political issues of demonstrating American sacrifice in Europe and its military clout would not be outweighed by the desire to mourn the American dead in their U.S. communities. The pristine war cemeteries of today took decades to create. Families of missing soldiers yearned for information about their loved ones. In some instances, families waited  decades for the confirmation of their sons’ whereabouts or their location of their burial. Some never received concrete answers. The dates of American Battle Monuments Commission dedications, most occurred as late as 1937, attest to the time and resources needed to create cohesive cemeteries and public memorials (both in the United States and abroad).

The issues regarding burial, remembrance and cultural memory have not faded with time. Memory of the Great War lives on in the landscapes of French, German and Belgian battlefields and with the remains of unknown soldiers that are still being discovered and excavated today. One hundred years later, these bodies reaffirm the soldiers’ century-old sacrifices and the dedication of thousands of workers to bring some of their comrades home. It is best to end with a sample of Steed’s correspondence from his superior officer in the Causalities Department. “Our part in the Great Adventure concerned itself in large measure with the work of collecting and properly recording causalities of the A.E.F. This was one of the most trying and important tasks of the war.”